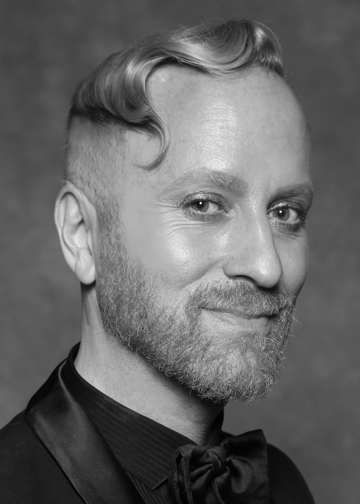 Gregory Arlt is the Director of Makeup Artistry for MAC Cosmetics based out of Los Angeles. Born and raised in L.A., he has been with MAC for over 20 years, and doing makeup professionally for nearly 25 years. He started out with a major in art history and theatre and began his makeup career at the prestigious Los Angeles boutique Fred Segal in 1989. A red carpet expert, Gregory works with some of the most famous faces in the world including Gwen Stefani, Dita Von Teese, Minnie Driver, Kim Cattrall, Katy Perry, Fran Drescher, Liza Minnelli, Alicia Keys, Cher, Victoria Beckham, Cindy Crawford, Sienna Miller, Anne Heche, and Mary J. Blige to name a few. He appears regularly as a beauty expert on TV shows such as “Access Hollywood”, “Entertainment Tonight”, “Extra”, “CNN”, “E! Entertainment Television” and “The Style Network”. Gregory can be found backstage at the fashion collections in Milan, Paris, and New York designing makeup looks for Oscar de la Renta, Alexander McQueen, and Chloe among many more. His work has been seen in the pages of the hottest fashion magazines including Vogue, Allure, Elle, Glamour, and Bazaar. His work can be seen on television, most recently working with Gwen Stefani on Season 7 of “The Voice”. He was also the key makeup artist on the CW Network hit show “Living With Fran” starring Fran Drescher. Gregory brings his wealth of knowledge and talent all over the globe, doing press, makeup master classes, editorial photo shoots, and television appearances in countries such as England, France, Italy, Germany, Greece, Spain, Sweden, Denmark, Canada, Australia, New Zealand, Mexico, Brazil, Argentina, Japan, China, Korea, and Taiwan. “I consider myself a beauty exorcist. Instead of piling makeup on the face, I bring out a woman’s beauty, respecting her features, bone structure, coloring, and most importantly, her personality.”