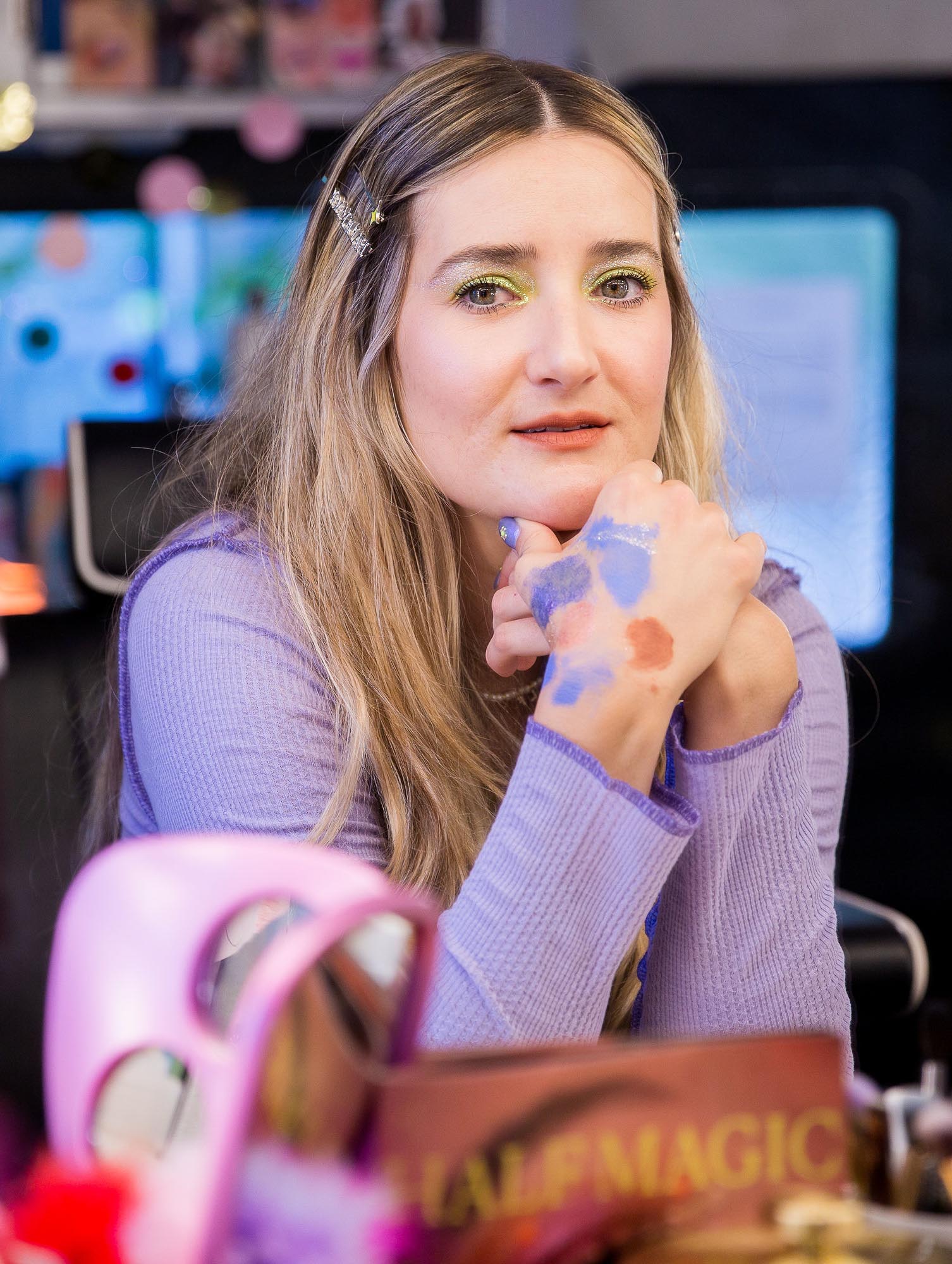 Donni Davy was born and raised by two artists in Venice, CA. She began her career as a film and TV makeup artist after graduating from Pratt Institute in Brooklyn, NY, with a BFA in Photography.

In 2012, Davy started her makeup career by cold-calling established makeup department head, Jane Galli, and then taking a crash course in special effects and beauty makeup with her, established makeup department head, Jane Galli which eventually led to Davy’s role as makeup department head for the 2017 Best Picture Academy Award-winner, Moonlight, where she became known for creating emotional realism through makeup with her custom blends of oil and makeup to create the film’s signature glistening, incandescent skin. Davy partnered with producer Barry Jenkins again in 2021 for Underground Railroad, but her first opportunity to experiment with bold makeup looks came with the film Under the Silver Lake.

Davy is best known for her Emmy Award-winning makeup on HBO’s Euphoria where, for the first-time, makeup became as much of a star as much as the characters themselves. With twinkling glitter, eye gems and swipes of high- pigmented liner, Davy took viewers on an emotional journey and defied pre-existing beauty and makeup norms to bring a whole new aesthetic to television. Credited with sparking a “Gen-Z Beauty Movement” (Vogue) Davy’s work inspired a #euphoriamakeup movement with fans from all over the world. In 2022 Google search data revealed Euphoria is the most inspirational TV show for the world’s makeup and fashion choices with more than 1.3 million searches combined.

In 2022, after spending years dreaming up impossible-to-find makeup products and shades, Davy launched Half Magic Beauty in collaboration with A24. Half You, Half Magic… the makeup brand inspires fantastical and colorful looks created with compatible, multidimensional, long-wearing layers of long-wearing matte colors, shimmer and glitter that inspire everyone from makeup “newbies” to professional makeup artists.