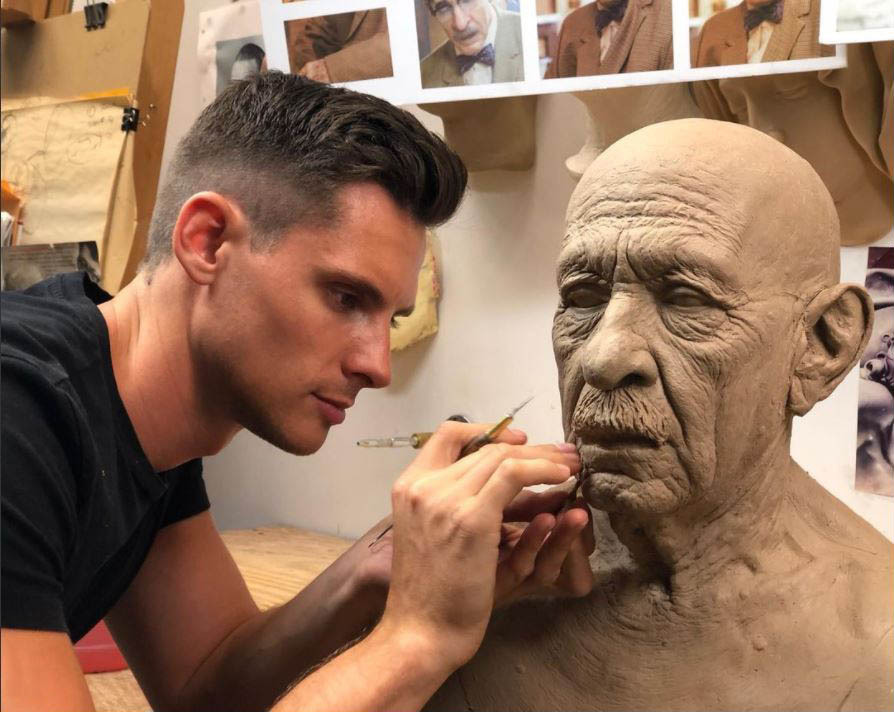 Mike Fontaine is a special makeup effects artist based in New YorkCity. At the age of 9, he became a protégée of legendary makeup artist Dick Smith (The Exorcist, The Godfather) and was closely mentored by him into his adult years.

Mike has worked on over 30 films and frequently collaborates withMike Marino and his studio, Prosthetic Renaissance. His credits include The Wolf of Wall Street, True Detective Season 3, The Place Beyond The Pines, The Irishman, and Coming 2 America. He recently completed filming The Batman as the key artist in creating Colin’s Farrell’s prosthetic makeup as the Penguin. Mike has also worked with Heidi Klum on creating many of her iconic Halloween looks over the past decade.